I use many ingredients that contain saturated fats. Popular health advice of the 20th century has demonized saturated fats. Look at any public health policy, or the guidelines of organizations like the American Heart Association, and you’ll find advice to reduce saturated fats. But this seems like a strong contrast to recent diets high in fat, including the saturated kind.

Recommending against saturated fats was an easy solution. It was concrete advice to give individuals worried about their heart, as heart disease was becoming an epidemic. But was it valid science?

As with many health issues, there’s a spectrum of truth to the claims. However, it’s a rather stunted spectrum. There is only spotty evidence showing links between saturated fats and bad health. And more recent research overturns the older results, with some evidence even pointing to positive benefits.

What is saturated fat?

Saturated fat isn’t an ingredient we intentionally add to food. Rather it’s a component found naturally in many sources. It’s often contrasted with unsaturated fats, which public health opinion holds as safer.

You need not remember all the terms involved, nor recognize their significance. Just keep in mind that they exist, and there’s more than one saturated fat. For example, animal sources are high in palmitic acid, whereas plant sources are higher in lauric acid. Not all saturated fats are created equal. This is important when we consider older studies.

Eating a bowl of mixed nuts would push you well above recommend limits for saturated fats. This is strange, especially since the World Health Organization also recommends eating nuts and seeds, which contain a lot of saturated fats.

Let’s take a look at the history of the conflicting advice to see where it comes from.

Much of the old evidence against saturated fats comes from that initial push of the heart-diet connection. This was a big idea in the middle of the heart disease epidemic.

The basis for the connection from diet to heart disease was flawed1. The initial observation came from a heart medication. It would lower cholesterol levels, and from that the researchers made a leap that lower cholesterol therefore improved heart condition. Adding to this was sketchy evidence about saturated fat increasing cholesterol levels. Therefore saturated fats must cause heart disease. It’s a logical leap not supported by evidence, and certainly not any human trials.

Invalid causality is one thing, but no story is complete without a shady angle. There are cases of researchers cherry-picking 2 data to support the demonizing of saturated fat. Many countries have populations where saturated fat is a high part of their diet. The South Pacific has diets high in coconut oil, reaching 60% of caloric intake. Yet, there is a low incidence of heart disease. That alone should give pause before making a connection between saturated fat and heart disease.

Further to this, the science was shallow and incomplete. As with fat, cholesterol has varieties. You may have heard the so-called low-density lipids (LDL) and high-density-lipids (HDL), where the low-density ones are sometimes linked to problems. Many earlier studies did not make any distinctions, or intentionally ignored HDL, which is considered a positive cholesterol carrier. This is important when you have studies pointing towards saturated fats raising both types.

More recently, we see that LDL isn’t all the same either. There is both small and large LDL, where the small ones are associated with the bad effects. Curiously, consuming saturated fats changes the small LDL into large LDL.3

Now, as with all research, we have to be careful about drawing conclusions. We have to consider the study itself and how often the data set can be replicated. But here we have modern studies, done with more oversight and control, directly contradicting results of earlier, somewhat haphazard results. We may not wish to draw new conclusions, but the recent results are clear enough to debunk the old junk science.

Science needs to be tempered with a bit of common sense as well. Which in this case, also argues against the proposed heart-diet connection. Historic diets contained a lot of saturated fat. Fat was a large source of calories prior to the carbohydrate revolution of the mid 20th century. That’s when health authorities started recommending low-fat, high-carb diets. That’s also the point at which obesity and diabetes took a turn for the worse. This is of course, only a correlation, but it should be enough for us to reconsider the high-carb diets. And it is the reason why so much new research is done today.

It’s controversial to make claims against numerous public health agencies. Yet, if they’re based on bad science, then we must do that.

I looked at one4 of the many publications from the World Health Organization’s. They clearly recommend against diets high in saturated fat, stating a limit of 10%. This limit seemed to be arbitrary and doesn’t appear linked to any particular study that supports it.

The guide as a whole references many studies and reports, yet does not link individual claims to specific studies. This is not uncommon, but we must be careful about how inferences are drawn. Either those claims must be supported by direct evidence from original research, or the guide is to be considered research of its own. And if the guide is research, it must have new evidence to support the claims.

I decided to take a look at a few of the sources5 6, looking for titles with “saturated fats” in them.

Many of the studies lacked control groups, and many of the diets were based on self-reporting of foods eaten — self-reporting is not accurate. Some talked only about total fats, making no attempt to distinguish between saturated and unsaturated, let alone the quality of the fatty acids.

Further to this, lifestyle was often ignored, or based on self-reporting. It’s ridiculous to assume the diet of an athlete should be the same as somebody leading a sedentary lifestyle. Yet the guide makes littel mention of this, and the source studies often ignore this aspect entirely.

One of the references does not draw a causal relationship, only an indicator. This is great for the medical community. Anything that gives you a better idea of what’s happening in the body improves your ability to help patients. But it doesn’t let you draw conclusions about the causes — just as finding an egg by a tree does not imply a bird has built a nest on the ground, or even that a bird is nearby.

That same study suffered from the issues I mentioned before. The food was based on self-reporting, already questionable, and without any way to adequately map those reports to quantitative information. Furthermore, physical activity was self-reported.

There’s a bit of truth in some studies though. Without control in the precise food people ate, we’d assume they’d tend towards popular diets, and readily available meals and popular ingredients. Industrial food production had this knack of using only certain kinds of saturated fats, and combining them with refined carbohydrates, low in other nutrients.

Not all research ignored these details. Another Swedish study tested a specific result, substituting polyunsaturated fat for saturated fat and looking at serum lipoprotein metabolism. That’s good. It’s a clear result that is easy to measure and has controls. However, it may not be applicable to the population at large. It was testing people suffering from hyperlipoproteinaemia — they already had a disease-like condition. It also checked serum levels and did not relate it to overall health. There’s no way to take this information and make recommendations based on it. Furthermore, it ignored the fatty acid composition, which may additionally play a role.

The study itself, again, provides valuable information to the medical community, and opens avenues for further research. However, to quote it as a reason to avoid saturated fats is invalid. It doesn’t draw any causal links between those fats and negative health conditions, even for the diseased individuals.

The KANWU7 Study showed reduced insulin sensitivity in healthy men and women. That “healthy” participant condition is a good one. It ensures we’re studying the effects on individuals not already suffering from a diseased metabolism. However, reading the study, there is no indication of what diet they actually used, only indicating the fat supplements I don’t doubt the results here, but again, without any information on the individuals overall diets, what conclusions can we draw?

You’d be right to wonder whether my selection of studies from the guidelines is biased. That’s definitely possible. I just picked a few semi-randomly based on keywords. Maybe I got unlucky, but why would you list questionable studies at all?

Based on the few I sampled, the WHO guide is based on studies that don’t do adequate audience targeting, rely on faulty self-reporting, and fail to consider numerous factors that affect the results. This conclusion is supported by meta-studies8 done in this decade.

In fairness, the WHO is heavily influenced by politics, lobbying, and cultural norms. It’d be impossible for them to publish that differs too much from current trends. Though I’m concerned by a followup report9 in 2016. It’s a significant meta-study, but appears to have hand-picked studies supporting their cause. It makes little mention of contrary studies, nor low-carb trends, still makes that non-causal leap to heart disease, and fails to mention the differentiation of LDL classes. There is good information in there, but it feels like politics have kept it biased.

We can’t ignore the types of diets that WHO is analyzing as well. They are focused on popular diets, which include a lot of animal fats, as well as industrially refined products. Their consumer level recommendations10 for a healthy-diet include nuts, seeds, and oils which contain a lot of saturated fat. Switching from one source to the other probably has a positive health impact — too bad that advice contradicts their own heart-diet research.

Discarding the heart-diet claim doesn’t mean you have to jump into a low-carb diet plan. There are positive effects of any reduced carbohydrates and increased fat11. You gain these benefits without going into the very low carbohydrate territory.

Be aware that reducing carbohydrates to a minimal level bears some risks. Several diets end up increasing meat intake, which is shown to start increasing mortality12. It’s why I’m drawn primarily to non-strict plant-based diets. There’s no question about whether the things I eat, and my recipes, are good for you. They are. Yet there’s no reason they can’t be combined with other foods.

What I want you to take away from this article is there’s nothing wrong with saturated fats. Feel free to use nuts, seeds, and oils. Even the fear about coconut oil is unfounded. Trying to exclude saturated fats from your diet is potentially causing you to make other bad choices, such as choosing high-carb and low-fibre substitutes.

The same can not be said of trans-fatty acids. There is plenty of evidence showing these are bad. They are fortunately not common in natural foods — but were previously common in processed foods.

This doesn’t mean you should load up on saturated fats. A balanced approach to a diet, with many ingredients and lots of variety, is proving to be the most resilient. It lets you worry the least about what ingredients may or may not have the best, or worst, health impacts.

Public health advice against saturated fat is misguided, and contradicts modern science. There’s nothing wrong with saturated fats
PrevCarbs are slowly killing you 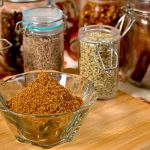 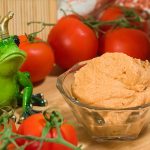 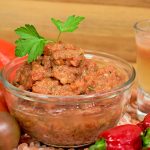 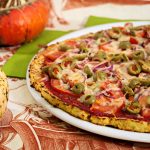 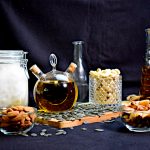 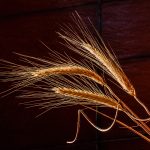